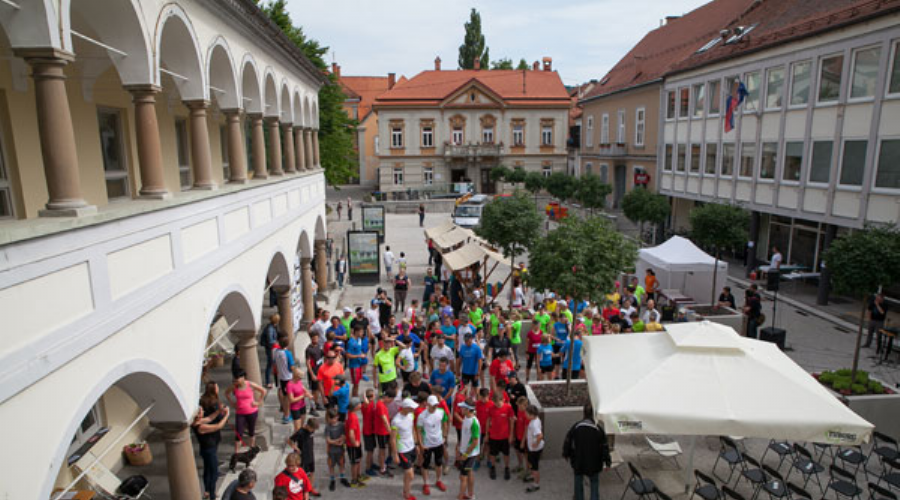 Maribor is the second biggest town in the Republic of Slovenia. It is located in the north-eastern part of the country, 15 km from the border with Austria and has 112.000 inhabitants. It is a university town with modern university library in Slovenia and a great public library – the Maribor Public Library.

Today The Maribor Public Library ensures democratic public services and almost unlimited possibilities which enable access to information, knowledge and culture in the widest sense – among such services are free library services, access for invalids, services for people with special needs, access to the Internet and electronic databases, information technology training programs and services for various target groups of users. Thus social, cultural, information and permanent education is enabled.

The Maribor Public Library consists of 20 library branches (the main library in the center of Maribor, libraries in various districts of Maribor, suburbs and in the countryside), and a Mobile Library (bibliobus) with 47 stops. One (same) membership card is valid in all of its branches.

Potential users of the Maribor Public Library are the inhabitants of 12 municipalities - about 182.000 people in total.

The Maribor Public Library is also a central regional library for Eastern Styria (North-Eastern part of Slovenia); in accordance with the Slovene Library Law it performs special tasks for public libraries in this region, and at the same time it connects these libraries into a regional network which ensures coordinated library activities.

It also publishes »A Child and a Book« (Otrok in knjiga), the only Slovene magazine on juvenile literature, literary education and media related to books.

The Maribor Public Library employs 96 people; its managerial team assisted by a common administrative unit supervise a series of activities: central management, material purchase and processing, transport of the material to the branches, information services, inter-library loan, IT and communication network, event organization and management, user services development, promotion activities, access for users of the electronic library catalogues, electronic databases and the Internet. Constant development of the library is enabled mainly by project management and project team work which does not depend on hierarchic staff structure - instead it involves the employees who are especially motivated by a certain task or an area important for individual projects.

Since 1989 the Maribor Public Library has been a member of COBISS (Co-operative Online Bibliographic System and Services) which links more than 430 libraries in Slovenia. The Cobiss System has been built by Slovene libraries and the Institute of Information Science (IZUM), a public institution established by the Government of the Republic of Slovenia as an information service of Slovene science, culture and education. COBISS represents an organizational model of linking libraries into a library information system with a common cataloguing, databases such as the bibliographic/catalogue database COBIB (The COBIB.SI - Union Bibliographic/Catalogue Database), local databases of the participating libraries, COLIB Libraries Database (data on Slovene libraries – COLIB.SI), a normative database CONOR (the CONOR.SI - database for authority control of personal and corporate names), and with numerous other functions of the so-called virtual library (www.cobiss.si).

Library activities (purchase, processing, loan of material, public catalogue – OPAC etc.) are automated and supported by a network; users have a free-of-charge access to the Internet and various electronic databases in all the library branches. The Cobiss/Opac System (Online Public Access Catalogue) gives an insight into the library material stock of all Slovene libraries via the Internet and has thus enabled also lively inter-library loan activities in the past decade.

In the recent years, besides our regular and basic activities (loan of the library material, providing information and organizing events), new services for our users were developed in the light of

The Maribor Public Library is financed by several municipalities where there are Library branches; the Ministry of Culture contribute their share for the library material purchase and projects which are financed by tenders. Also some other ministries occasionally offer projects in which public libraries can participate with their services targeted at different groups of users. The most important funder of the Maribor Public Library is the Maribor Municipality, being also its founder. Each of municipalities covers the running costs of the Library branch active in its area, as agreed by the multilateral agreement; on the other hand the mutual costs of the network activities, material processing, management and administration costs are shared on the basis of the number of people living in each municipality.

As the only library in the Republic of Slovenia, the Maribor Public Library started the process of acquiring the ISO quality certificate in 2003. After adopting international business standards, the Library was awarded the certificate in February 2005.